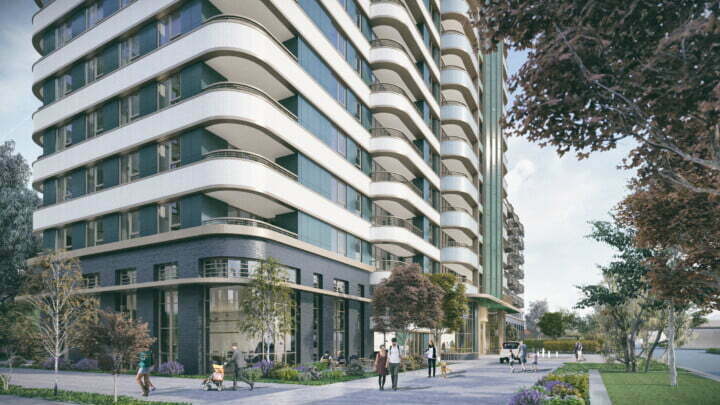 Savills UK Build to Rent Market Update Q2 2021 reports a 20% annual rise in median asking rents against a backdrop of falling supply – and highlights Pension Insurance Corporation’s forward funding of Amro Partners’ The Wiltern’ in West London as the quarter’s most significant deal.

In May this year, Amro agreed a £90 million forward funding deal with PIC to develop The Wiltern, our Art Deco-inspired flagship Build to Rent Project located next to the iconic Hoover Building in Ealing. Construction has commenced on the 15-storey, 278 apartment project which will open in January 2024 and deliver a highly sustainable new building in line with Amro’s NZC2030 pledge.

More than £550 million poured into UK Build to Rent during Q2, the majority of which was invested to finance future developments in contrast to the prevalence of operational deals in Q1. Several new entrants made debuts into the sector, including Heimstaden Bostad and Pension Insurance Corporation, with deals taking place in a range of locations including Birmingham, London, Southampton and Derby.

The UK’s Build to Rent stock now stands at 62,300 completed homes with a further 39,500 under construction, which along with the future pipeline brings the total size of the sector to almost 200,000 homes. Savills concludes that there remains considerable scope to increase Build to Rent supply nationally, largely due to the continued exodus of Buy to Let landlords from the private rental sector and the well-reported difficulties faced by prospective First Time Buyers who face further rising house prices.